Baily Garner (Health and Safety) Ltd has worked with the City of London on many schemes, including The Bridge Masters House, Museum and Bridge Pump Rooms, Guildhall and Library, The Old Bailey and Leadenhall and Smithfield’s market.

We were recently approached and appointed by the City of London to provide the CDM Advisor Services for the quarterly closure of Tower Bridge. The commission includes various maintenance and upgrade works. This particular bridge closure included inspection and upgrades to the lighting throughout the bridge and updates to the CCTV systems.

The City of London also requested us to undertake a monitoring report of the works on site whilst they were underway and during the night-time closure between 10:30pm and 5:00am. This provided our CDMA and Principal Designer, Adam Smith, and Graduate CDMA, Harriet Westward-Coates, the opportunity to visit the bridge when it was relatively quiet!

During the visit Adam and Harriet were provided access to some of the inner workings of the bridge, including the underside of the bridge’s bascules. When it was built, Tower Bridge was the largest and most sophisticated bascule bridge ever completed ('bascule' comes from the French word for 'seesaw'). These bascules were operated by hydraulics, using steam to power the enormous pumping engines. The energy created was stored in six massive accumulators, meaning that as soon as power was required to lift the bridge, it was always readily available. The accumulators fed the driving engines, which drove the bascules up and down. Despite the complexity of the system, the bascules only took about a minute to raise to their maximum angle of 86 degrees.

Today, the bascules are still operated by hydraulic power, but since 1976 they have been driven by oil and electricity rather than steam. The original pumping engines, accumulators and boilers are now on display within Tower Bridge’s Engine Rooms.

We are proud to be able to assist with the maintenance of such an iconic bridge, preserving it for generations to come. 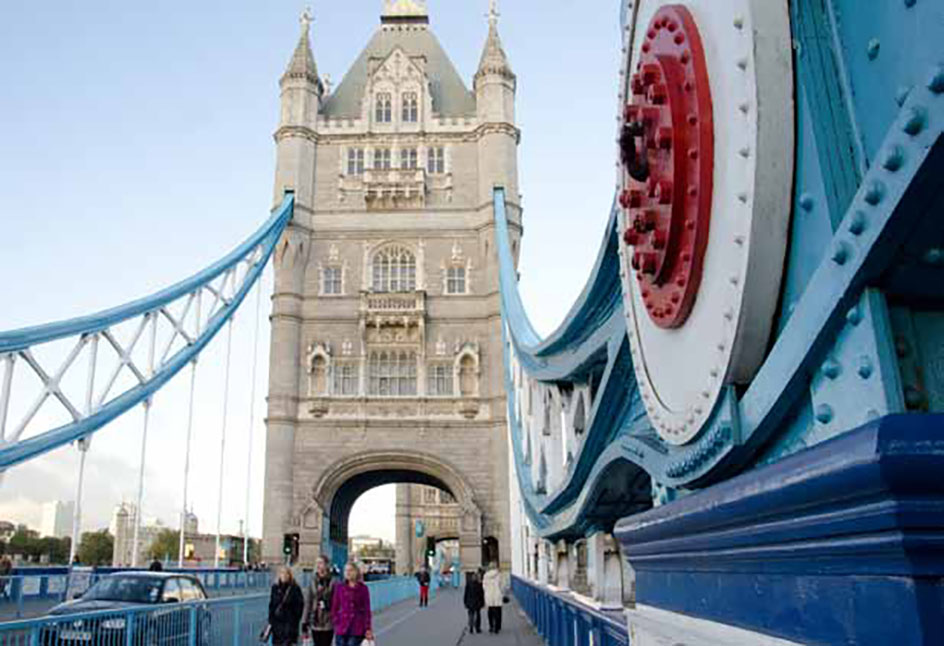